Can VPNs truly be titled, “the silent defenders of the internet data”?

In my opinion, there’s nothing more robust, secure, and safer than a VPN. Virtual Private Networks, as the name suggests, creates private networks with which you can connect to the internet safely.

But, that is not what brought you here. If my guess is right, you have one questions on your mind:

Can VPNs be hacked?

How Does a VPN Work? 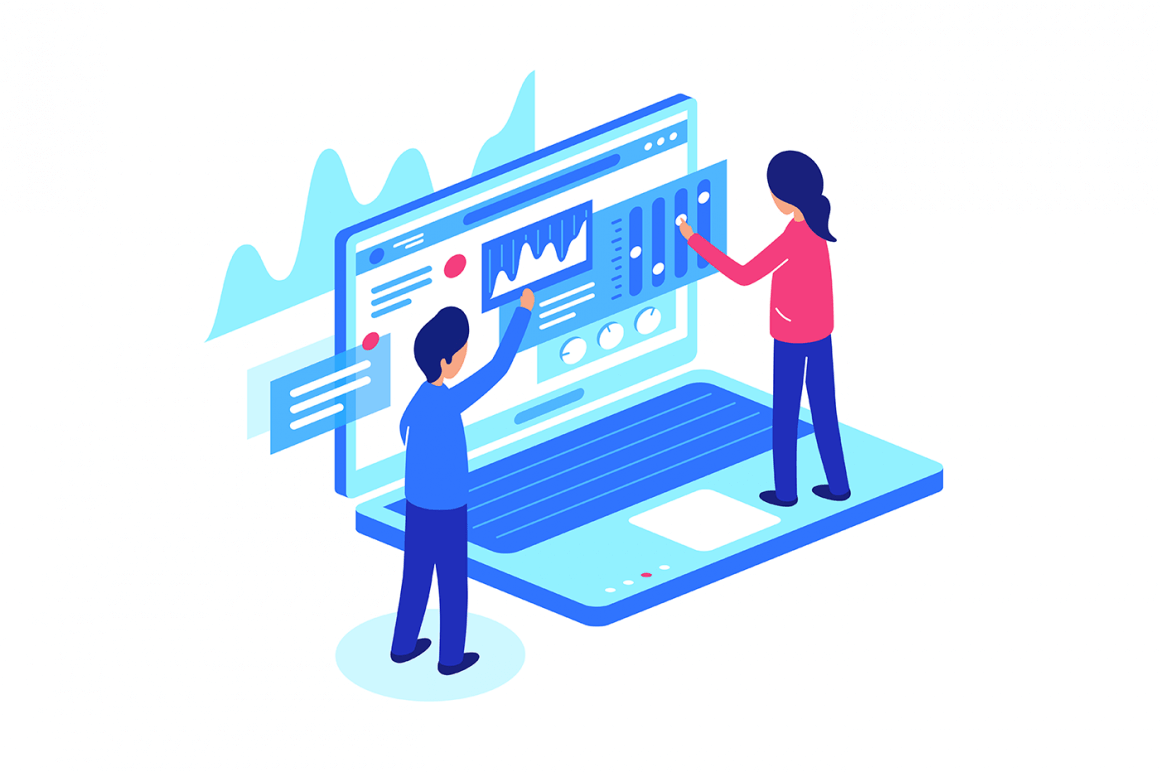 Before we move on to the question you’re after, let’s look at how an actual VPN service works. Unlike a strictly technical, boring version of a manual, this section is the exact opposite.

Imagine yourself connecting to your bud through a messaging application. The easiest way? Well, type in the URL, hit the Enter button, and voila! You’re at the website, seconds away from a conversation.

Hold on now. Think back to how you connected. See, just this browser-opening, key-pressing action sequence is unsafe.

For all you know, your router, your system, or your favorite application, is not what it seems. To make it worse, your neighbours and your ISP are listening in on this conversation. Who wants that?

That, people, is precisely where VPNs come in. VPNs take care of all these nitty-gritty details with a single press of a button. It encrypts your data, hides your connection details, and throws off all uninvited people, including your ISP.

This secret VPN tunnel now protects your connection and provides the ultimate online security. In my opinion, VPNs are the best source of protection for naïve users or those just stepping into this ecosystem.

Here’s a list of a few VPN services which offer enterprise-level protection and are safe from external hacks:

How Does VPN Encryption Work? 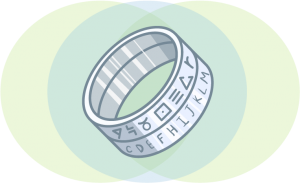 Now, I know I said no technicalities, but we’ve got to explore how VPN encryption works. As godsend and complex it sounds, it’s not that hard to understand.

Let’s take the same example into consideration but with a VPN this time. Firstly, you connect to a VPN service and then move on to connecting to the website you wish to visit. Now, after you press the “enter” key, a few things happen in the background.

For starters, the VPN client (your application), encrypts all of your network traffic with the help of VPN protocols. This is the first line of defense. Complex algorithms are used to achieve encryption and output an encryption key. The data is decrypted using these keys.

The VPN client then forms a tunnel to connect to a server located in a foreign country, which acts as the second layer of protection. The VPN server then decrypts the data and sends it off to the destination website, and there you go, you’ve sent the message!

The VPN server, however, does more than just decryption. It also hides your IP address and location, so you’re well-secured from every aspect.

Now, if the website sends something back (a message), the VPN server intercepts this data and encrypts it again. The VPN client is then responsible for the decryption.

In easy terms, by using a VPN,  you’re in a safe two-way tunnel through which you can transmit your data to and from a website without being tracked or hacked.

Effectiveness of a VPN Against Hackers 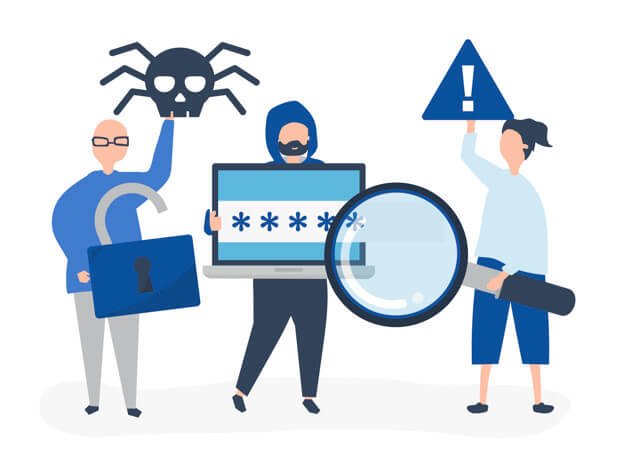 Personally, if someone were to call VPNs “the holy grail” of protection, I’d be asking more questions. After all, it’s my data! Yes, it doesn’t contain state secrets, but still, I’d love for it to be under my usage only.

Let’s take a look at what attacks a VPN can be effective against, and what’s out of its reach.

What Kinds of Hacking Attempts Are Blocked by VPNs?

I’m sure; you’re unaware of the demons your VPN saves you from. You might feel proud over your undefended spreadsheets and documents and think of them as insignificant. But, to a hacker, it’s his paycheck!

Well, as mysterious as this sounds, the world of cybersecurity is quite vast. However, in this massive world of attacks and exploits, here are a few important ones your VPN is most effective against:

How appealing does an open WiFi connection in a public space sound? Safe to say, I’d jump on it and connect to the network right away.

Hackers can put up false networks and routers for you to connect freely. This allows them to gain access to your device!

Connect to a VPN, and voila! Since the data is encrypted with robust algorithms using VPNs, the hacker can’t ever decrypt it.

DDoS attacks are not your usual cup of tea attacks. Most of these attacks usually introduce malware into your system, which automatically makes your system act as a malicious bot.

If the VPN is configured to block botnet commands, which most good VPN services are, you’re good to go!

Phishing refers to sketchy email campaigns from hackers, which can lead you to unprotected websites. These websites can, in turn, ask you for personal information, depart malware, or start a different attack on your system.

In this case, the VPN can protect you by detecting such websites beforehand and blocking your access. But, for those with a stubborn will to act on a stranger’s email, the VPN might not work after all.

4. Man in The Middle Attacks

Have you heard of Alice, Bob, and Trudy? You might be wondering:

Who are these guys now?

Well, they’re dummy people used to simulate conversations over the network. Alice and Bob are connected, whereas Trudy is the interceptor or the middleman, attempting to hack through the data.

Since VPNs make your connection private to their secured servers, you can let go of the fears of middleman attacks.

Usually, when you connect to a website, you’re redirected to a server that transfers your request to the main site. These servers are responsible for converting website names to destination IP addresses.

Safe to say, these attacks are some of the most common ones most internet users come across. And, if the VPN can defend you against these, I think we have an answer to our question!

Hacking a VPN is nearly impossible, period. But, there are still a few issues that might tip the balance.

Can a VPN Become Ineffective Against Hacking?

We’ve discussed how VPNs work, and that’s a ton of security measures involved to guarantee a safer connection. But, there are still loopholes that can be exploited by hackers, especially if you tend to use free VPNs that might sell your data.

Here’s a list of a few scenarios where VPN services can be ineffective against hacking:

Almost all of these cases can result in a security breach and ultimately, a loss of data. Although you can avoid some of these, others are inevitable and depend on the VPNs service.

The Ones with The Power: CIA, NSA 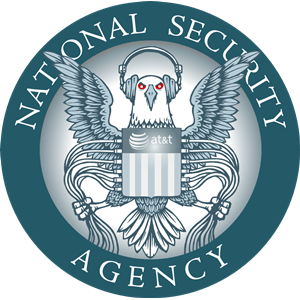 Can you think back to 2013? Edward Snowden, one of the technicians at NSA, revealed that the agency was could meddle into any user’s device and break all notions of privacy and internet freedom.

Since then, there’s been an outcry of internet freedom, with WikiLeaks revealing more and more such incidents. In a world where an organization holds power to hack into anyone’s device and access data, how protected are you?

The encryption we discussed, it’s not impossible to decrypt the data without the real key. It’s just that the resources required to do that are unavailable for many black hats.

With the state’s funding and other sources of income, you bet these organizations have the power to do anything. Tapping your phone, accessing your computer remotely, and other electronic devices can be their first move.

Here are my two cents on the whole thing:

You can’t battle it out. The safest way out is to keep yourself protected using recommended safety tips, and always keep the VPN on. At the very least, your identity is anonymous, and your data is well protected from hackers!

Secure, private, and safe – these are the fundamental properties of VPNs and this piece of software can massively change the way you connect to the internet. Not only that, but you can access any website, blocked or otherwise, with a single touch of a button.

VPNs are highly recommended for people who don’t want their information to be disclosed to the government, hackers, intelligence agencies, and ISPs.