Considered by many to be the cybersecurity question, the debate about antivirus vs VPN, and which one you should choose is a hot topic. For an average man, the whole internet security saga is as confusing as Quantum Physics. But in this article, we’ll approach this debate as simply as possible.

Security is the first thing you should consider when going online. Source

Now let’s stop right here and see what we have. In the above scenario, the user of the computer is sending out invitations. The ones receiving the invitations are the programs that you are going to install. The theatre is your computer, and the guard is the Antivirus software.

Just like the guard has the ability to stop an attendee at the gate, the antivirus can also detect dangerous software and stop it from running. So, in this process, the antivirus would shield your computer from getting infected. 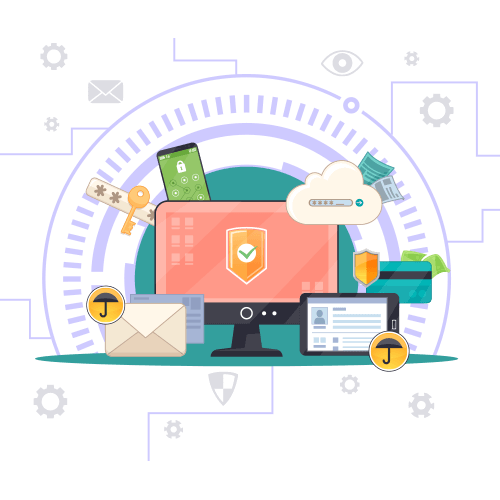 This method makes an antivirus, a ‘reactive’ security guard. It takes action only when it has found something. While this approach has worked quite over the years, researchers are finding out that this ‘reactive’ approach to security is quickly becoming outdated. 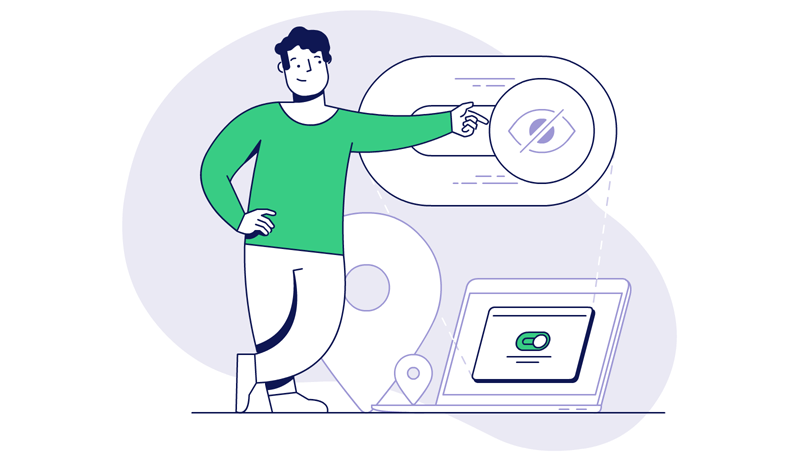 First, understand what happens when you go to a website:

Now you see this is exactly where the problem lies. The server you are connected to is monitored by your Internet Service Provider (ISP), which allows it to log your activity and monitor your Internet usage. Furthermore, the data gathered by your ISP can then be used to show you ads and block content that doesn’t meet your ISP’s guidelines. And if that wasn’t enough, the data you send online isn’t encrypted from your ISP.

This is where a VPN software makes its strongest argument: it is an intermediary between you and the things you want to do online. It takes your data and securely transports it to and from the website you want to go to. It anonymizes your connection and encrypts your data.

Both of the above actions make your data almost impossible to steal and your activity really, really hard to monitor. 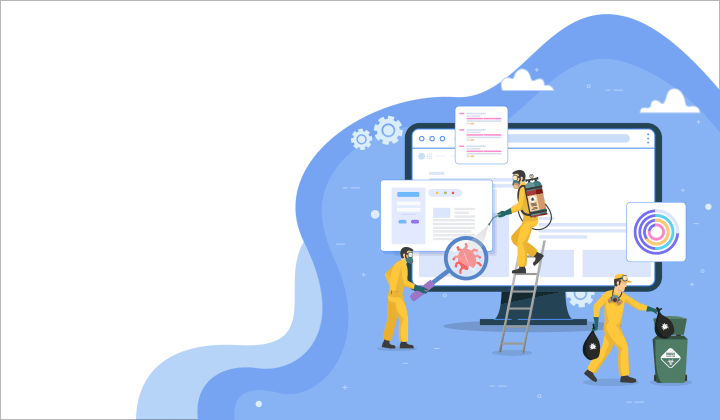 And voila… you have a secure end-to-end encrypted connection

You might have already guessed how this whole process benefits the end-user. The online activity is anonymized, encrypted. At the same time, if you use a good VPN, it evades any and all tracking done by your Internet Service Provider (ISP) or the authorities.

Simply put, using a VPN frees you from problems such as:

When it comes to Internet Security, the following VPNs are highly recommended:

Antivirus vs. VPN: Why VPN should be given priority

Now that we know what makes an antivirus, an anti-virus, and what makes a VPN a nightmare for hackers, it is time to compare VPN vs. antivirus.

First of all, understand this:

Each of these tools excels in one thing only. But considering this is the age of the internet and we are talking about cybersecurity, this comparison is focused solely on the implications of these tools for your online security.

A VPN encrypts your data

This is, perhaps, the biggest difference between VPN and antivirus:

A VPN encrypts your data before sending it over the network. While an antivirus does no such thing, it can only protect you from malware and viruses that have already been introduced into your computer.

A VPN hiding your IP address keeps you secure from:

Predictably, antivirus software can’t do this.

While a VPN is the absolute choice when it comes to securing your online presence, there is no doubt that it is only one end of the internet security spectrum. You can’t be completely secure without an antivirus.

The best strategy: use a combo

While it is true that a VPN should be given priority, the fact remains:

A VPN can’t do anything if your PC is already infected.

If your computer is infected by a virus, it is already leaking your data. That is exactly why you should use an antivirus software as well.

This is exactly the reason why an antivirus and VPN package is the best cybersecurity tag team around.

Following are the contenders for the best antivirus with VPN bundles that you should consider investing in:

Norton Antivirus has the largest market share among antivirus software. It is known for its up-to-date virus definitions, top of the line malware protection, and other tools. It is safe to say that you can’t go wrong with Norton antivirus.

The case for Norton is made even stronger when its premium service comes bundled with a built-in VPN. Secure VPN boasts bank-level encryption and no trackers. It is a pretty sweet deal if you consider the value you are getting with this bundle.

2. Webroot WiFi security with its VPN

Webroot antivirus is known for its snappy device scans. It promises up to 60 times faster scans and protects you from real-time threats such as identity theft, phishing attempts, and webcam hacking. Furthermore, as it comes ready with its Webroot VPN, you can rest assured that you will be protected both online and offline.

Webroot VPN offers up to 5 simultaneous connections, doesn’t keep logs, and is really easy to install. All of these features make it a worthy cybersecurity solution.

Avast is a well known and respected antivirus suite. But most people don’t know that it also offers a killer deal with the combination of its antivirus and SecureLine VPN.

Avast’s SecureLine VPN has all the features you would expect from a top-notch VPN. It offers military-grade encryption, DNS leak protection, and has multiple servers all around the world if you have Avast Secureline VPN license. Throw in Avast’s CleanUp Premium and Passwords Premium, and you’ve got yourself a pretty sweet deal.

NordVPN comes bundled with BullGuard Antivirus. The VPN offers the same features that you expect, including but not limited to, military-grade encryption, no trackers, and a pretty tough no-logs policy.

Lastly, Avira Prime antivirus has an excellent bundle with the company’s own Phantom VPN Pro. While the Prime protects your computer, the Phantom VPN Pro provides military-grade protection, a no-logs policy, and an easy to use interface. Also, with this bundle, you’ll be getting their Password Manager Pro and SpeedUp pro.

In short, while the discussion of antivirus vs VPN is on-going, one thing is certain:

Without any of the above, you are putting yourself in the line of fire. And believe me when I say that you don’t want to end up as the victim of a ransomware attack.

If you’ve found this comparative blog informative, you might also want to check out our comparisons on Tor vs VPN and VPN vs proxy.