You are here: Home / Uncategorized / VPN vs. VPN Reviews – VPN Comparisons by TheVPNExperts

So here’s something I bet you don’t know. How many VPN providers are there in the world? Take a wild guess…

Well, to be honest, I don’t know the answer to that either. That’s because there are hundreds upon hundreds of VPNs in the industry. Some are phenomenal to use, while others are just trash. I mean, there’s even a VPN provider by the name of PizzaVPN. I’m not kidding, you can Google it yourself.

I guess what I’m trying to say, it’s not easy to just pick one VPN when there are hundreds of options. So what option do you have? You can either experiment with different VPNs and waste your money or you can check out my unbiased and in-depth VPN comparisons.

But why should you check out my VPN comparison? Well because I compare VPN services on several factors to help you pick the right VPN. And in this guide, I will tell you all about those factors and how I use them to finalize my VPN ratings.

So here at TheVPNExpert’s, I use the below-listed factors to compare different VPN services. Let’s check out each of these factors in detail, shall we?

Which VPN offers better discounts deals and the most value for money?

Which VPN works in China and can unblock Netflix & other streaming services?

Which VPN offers the least latency and fastest speeds on its server network?

Which VPN offers the most geographically diverse network?

Ease of use Apps & Setup

Which VPN is easy to use and offers the best apps?

Which VPN offers the best security features and is the safest to use?

Which VPN offers the most extra value-added features like Kill Switch etc?

Which VPN keeps no logs and lets you anonymously sign up?

So now that you know all factors I use to compare different VPN services, let’s check out ten (10) of the most popular VPN services I’ll be comparing a bit later on:

ExpressVPN vs. Other VPNs 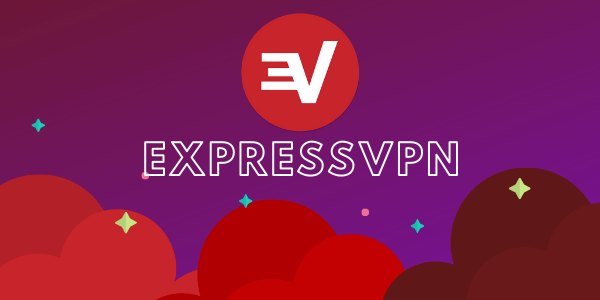 One thing you’re absolutely going to love about ExpressVPN is the features. First of all, ExpressVPN offers you a massive 3000+ server network in around 94 countries. These servers support obfuscation can help you access restricted content in some of the most heavily geo-restricted countries in the world. This is something you’re not going to find in most other VPNs.

As for security features, ExpressVPN comes standard with AES-256 bit encryption, Network lock Kill Switch, Split Tunneling, Zero-Knowledge DNS and compatibility for Windows, iOS, macOS, Android and much more. As for pricing, ExpressVPN is a bit expensive. Its cheapest plan starts from $8.32/mo (35% off). This easily makes it one of the most expensive VPNs you can get. To make up for it though, it does offer 5 multi logins.

Surfshark vs. Other VPNs 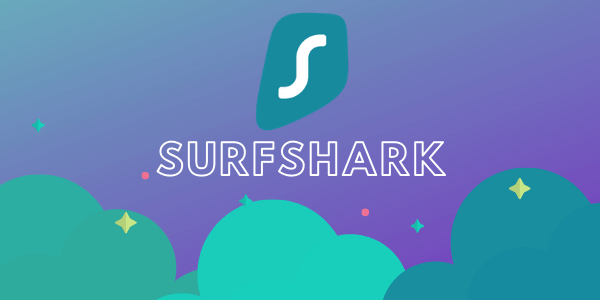 What most VPN providers haven’t still really figured out is the balance between price and features. Except for Surfshark. This VPN starts from just $1.99/mo. However, it still comes packed with premium features. It also has a spotless 4.3/5 star rating on Trustpilot. It has 66% excellent and only 7 bad reviews.

If we talk about features, Surfshark, despite being so affordable, still gives you access to 1040+ servers in 61+ countries. These servers are proven to work in even the most harshly censored countries like Iran, Saudi Arabian and even most parts of China. These servers are fast too and can help you stream Netflix with virtually zero lag.

As for features, Surfshark offers CleanWeb. This feature can help you browse the web without worrying about Surf in ads, trackers and malware. In addition, Surfshark offers unlimited multi logins, leak protection, Kill Switch, Multi-hop, 256-bit encryption and a whole lot more.

PureVPN vs. Other VPNs 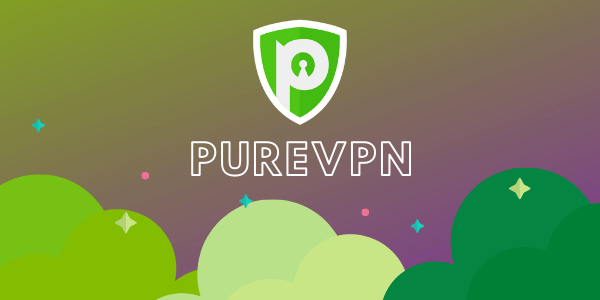 PureVPN is kind of the underdog in the world of VPNs. Although PureVPN has somewhat of a bad rep, but if you get a chance to use it yourself, you’ll be actually surprised by how good it is. I mean, just look its Trustpilot rating. PureVPN has a 4.8/5 star rating and 85% excellent reviews.

As for features, PureVPN literally gives you everything you could ever want from a VPN service. This can’t be said for most other VPNs.You get 256-bit encryption as standard and other features like Port Forwarding, Kill Switch, DDoS protection, DNS leak protection, 10Gbit connection speed, and the list just goes on and on.

Oh! and did I tell you about their relatively large server park. At the moment, they offer around 2000+ servers in 140+ countries worldwide. Although it has gotten a bit pricier recently starting from $5.82/mo, however, PureVPN lets you use one subscription plan on 10 devices simultaneously.

NordVPN vs. Other VPNs 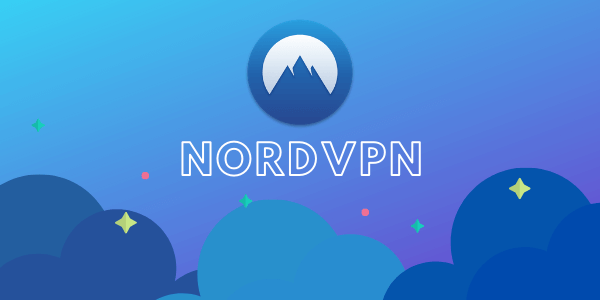 NordVPN is arguably one of the most popular VPNs out there right now. You can find a ton of websites online recommending it and there’s a good reason for it. You see, unlike other VPNs that would offer you somewhere around 1000+ servers, NordVPN in comparison offers 5800+ servers.

As for Trustpilot rating, NordVPN has a 4.5/5 star rating and 71% overall excellent reviews. Aside from ratings and servers, NordVPN is also a powerhouse when it comes to features. Other than offering essential features like Military-grade encryption, Kill Switch, NordVPN also offers unique features like Onion Over VPN, CyberSec and much more.

Similar to other VPNs we’ve talked about so far, NordVPN also supports a ton of operating systems and devices. Best of all, it’s not going to burn a hole in your pocket. Even with so many features, NordVPN only costs $3.49/mo. And it’s also worth noting that you can secure up to 6 devices with a single NordVPN account.

CyberGhost vs. Other VPNs 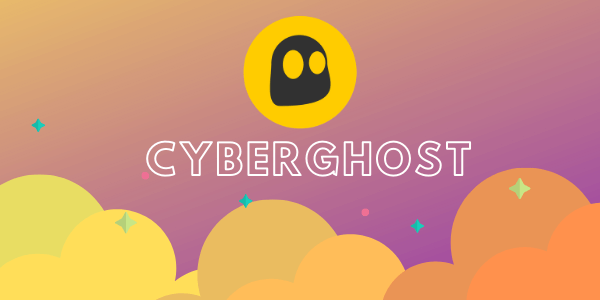 If you thought that NordVPN was the king of servers, wait till I tell you about CyberGhost. Currently, CyberGhost offers 5900+ servers in more than 89 countries. That’s seriously impressive. Aside from the massive server network, CyberGhost has 15 years of industry experience so you know its legit.

As for Trustpilot review, CyberGhost has a 4.8/5 star rating and 84% excellent reviews. Although CyberGhost doesn’t advertise a ton of features on its websites, it still offers 256-bit military-grade encryption, an automatic kill switch, a strict no-logs policy, Adblocker, Malware Blocker, and tons more.

In terms of compatibility, it’s hard to not find a device that doesn’t work with CyberGhost. You can use it on your desktop, laptop, smartphone or you can even set it up on your router. But despite all that Cybeghost has to offer, it is not all that expensive. It starts from just $2.75/mo and lets you use it on 7 devices at the same time.

PrivateVPN vs. Other VPNs 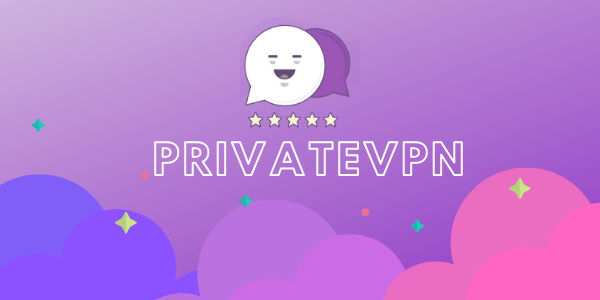 Compared to other VPNs, PrivateVPN doesn’t offer a lot of servers. In fact, it only offers some 100 servers in 60 countries. However, it certainly makes for it with its apps and features. But first, let’s talk about its Trustpilot rating. Currently, PrivateVPN has a solid 4.7/5 star rating and 89% excellent reviews.

Now, about those features that I was talking about. All PrivateVPN subscription plans come with IPv6 Leak Protection, 2048-bit Encryption, Killswitch, Port Forwarding, and a lot more features than can help you stream and even download torrents.

As for compatibility, PrivateVPN offers optimized apps and setups to help you use it on Mac, Windows, iOS, Android, Linux, and even on routers. Pricing wise PrivateVPN is quite affordable. Its cheapest plan starts from $3.82/mo and can be used on 6 devices simultaneously.

StrongVPN vs. Other VPNs 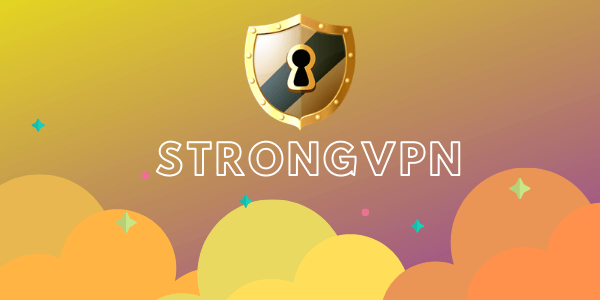 Moving forward, let’s talk about StrongVPN. Although you might not have heard about this VPN before, but it is a great service to use. It has a solid 4.7/5 star rating on Trustpilot and 85% of users have given it an excellent rating. As for its servers, StrongVPN offers 950+ servers in 30+ countries. That’s not a lot, however, it is still more than some other VPNs out there.

StrongVPN also offers a lot of competitive features. For starters, they offer some 59,500 VPN IPs for you to use. In addition, StrongVPN offers Zero logging, 24/7 customer support, No speed limits and much more.

If we talk about compatibility, StrongVPN works with iOS, Android, macOS, Windows, and more. Price-wise StrongVPN is a bit pricy starting from $5.83/mo. However, it lets you use one account on 12 devices simultaneously.

IPVanish vs. Other VPNs 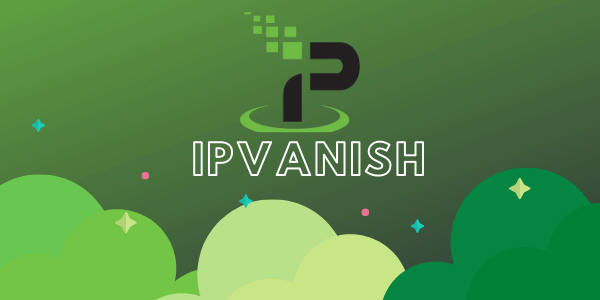 IPVanish is another highly recommend VPN service. It also has a spotless 4.7/5 Trustpilot rating. What’s impressive is the fact that 83% of users have rated IPVanish as excellent. As for features, IPVanish doesn’t offer a lot of features. However, you still get access to 1400+ anonymous servers worldwide.

In addition, IPVanish offers 256-Bit AES Encryption, No Logs, SOCKS5 Web Proxy and a bunch of other features. One thing you’ll really like about IPVanish is it’s SugarSync feature. This feature is included with all IPVanish subscription plans and allows you to create encrypted data backups.

IPVanish is also cross-platform compatible meaning you can use it with Mac, Windows, iOS, Android, routers and on a few other devices. If we talk about pricing, IPVanish starts from $3.25/mo and can be used on 10 devices at the same time. Oh! and they also offer a 7-days money-back guarantee.

PIA vs. Other VPNs 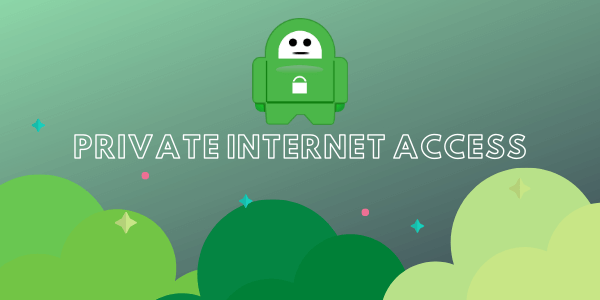 As the name suggests, Private Internet Access is truly private. Starting with Trustpilot, PIA has a 4.1/5 star rating and 65% excellent reviews. PIA also offers quite a massive server network. Currently, it has 3373+ servers in 38 countries. With so many servers, you should have no issue unblocking any geo-blocked content in the world.

As for features, you can’t really go wrong with Private Internet Access. For starters, PIA offers ad and malware blocker, SOCKS5 Proxy, Multiple VPN Gateways and tons of other amazing features. Compatibility wise, PIA is great. It is compatible with macOS, Windows, Linux, Android, iOS and 34 other platforms.

As for pricing, Private Internet Access is not all that expensive. In fact, it starts from just $2.85/mo which is not bad at all. All of its subscription plans are covered by a risk-free 30-days money-back guarantee and can be used on 10 devices simultaneously.

VyperVPN vs. Other VPNs 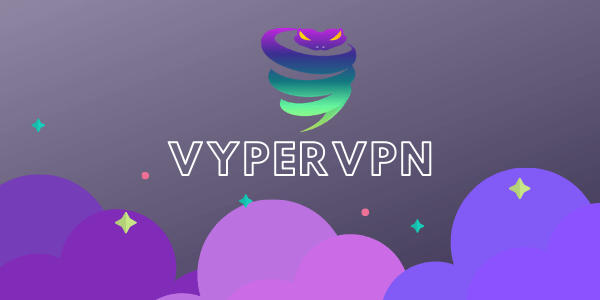 If we talk about its server network, VyprVPN offers around 700+ servers North America, South America, Europe, Asia, Africa, and Oceania. Price-wise VyprVPN is quite affordable. Its best plan starts from $2.50/mo and can be used on 5 devices simultaneously.