You are here: Home / A Glossary Dedicated To Online Privacy 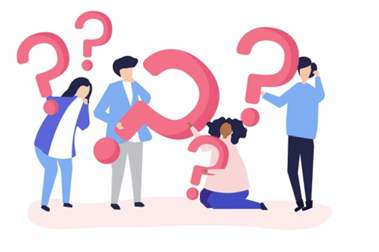 Internet privacy is becoming quite common nowadays. Compared to let’s say 10 years ago, people are more educated and more keen on adopting new technologies to control their online footprint.

However, with a slew of the tech jargon being thrown around, it can be quite difficult to understand what the heck they even mean.

To make it a bit easier for you, I’ve scoured the internet for the most used tech jargons in the realm of online privacy and curated a super simple glossary that even a toddler can understand.

Adware is special software that is used for advertising. This type of software is typically considered unwanted as it’s prone to displaying unsolicited ads.

Anti-virus software is a computer program that is used to detect, stop, and prevent malicious codes from exploiting computing resources. To find out more in between Antivirus vs VPN check out our guide to Antivirus vs VPN.

Authentication is the process of verifying the identity of a user or a device prior to allowing access to a computing system.

A Botnet is a network of computers or web-connected devices comprised of servers, PCs, and mobile devices that are infected and maliciously controlled through shared malware. A botnet is used for sending spam, spreading malware, or for executing Distributed Denial of Service attacks.

A breach is described as an event that involves malicious entities gaining unauthorized access to data, devices, or even networks through bypassing security mechanisms.

A cookie is a small string of text stored by a web browser that enables websites to remember basic information about you and your personal settings. Store information may include, log in details and website preferences.

Cybercrime is any illegal activity carried out over the Internet. Cybercrime is directed at computers and involves maliciously modifying electronic data or seeking ransom for hijacked computing resources or data.

Decryption refers to the decoding of encrypted messages.

DoS or Denial-of-Service is a malicious attack used to make an online service such as a website unavailable for legitimate users. DoS attacks involve flooding target systems with an overwhelming number of requests until the service becomes unavailable.

Encryption is the process of making the information unreadable to everyone by changing the ordinary text into a ciphertext for the purpose of security and privacy. The encrypted information can be decrypted by using appropriate secret keys.

A Firewall is hardware or software used to prevent unauthorized access to a computer by monitoring information passing to and fro a computer or the network.

A hacker is a fraudulent individual whose primary intent is to gain unauthorized access to a computer system through exploiting vulnerabilities.

ISP or internet service provider is a company that offers access to the internet.

The IP address or Internet Protocol address is comprised of numbered strings that are used for uniquely identifying computers on the Internet. An IP address looks something like this – 192.166.12.14 and is required by every computer to connect to the Internet.

Ransomware is malicious software that is designed to hijack computers or takeover sensitive data in order to demand ransom in exchange.

Secure socket layer or SSL is used to identify whether the connection between your computer and the website you’re visiting is encrypted or not. SSL is the most widely used protocol on the internet and primarily used by banking and e-commerce websites.

Any unsolicited email on a mass scale is referred to as spam. Spam usually entails commercial advertising of dubious products.

A Trojan is a computer program that might appear to be useful, however, in reality; its true nature is malicious. When interacted with, Trojan programs deploy malicious codes to harm computer resources.

URL or a Universal Resource Locator is used to locate internet resources such as websites or images on the internet.

Vulnerability referrers to the inherent weakness of a computer system that can be exploited or compromised by a malicious attacker.

A virus is malware designed to harm a computer system and multiply to consume resources and memory.

SSH or Secure Socket Shell is a network protocol that enables users and system administrators to securely access computer systems over unsecured networks. SSH implements powerful authentication and encrypting between two computers communicating over the internet.

Providing the general public or employees with a company’s inner workings by making it available online in a format that can be downloaded or viewed by a common man is referred to as transparency.

Confidentiality refers to not making information available or disclosed to unauthorized personals, entities, or processes.

Peer-to-peer or P2P is an efficient decentralized file-sharing system that uses distributed personal computers as opposed to traditional centralized servers for sharing files.

Phishing refers to the distribution of phony emails or fraudulent websites designed to scam or gain access to sensitive data through manipulation.

The opt-in option basically gives users an idea of what they’re registering for and is used by websites or services that carry out massive promotional campaigns through emails, newsletters or advertisements.

Opt-out, on the other hand, gives users the option to object any form of direct marketing.

Anonymity is described as a situation in which a person or a computer cannot be uniquely identified.

Confidentiality is described as a situation in which information is not disclosed and kept a secret from unauthorized entities.

A web beacon, also known as a web bug, or a pixel tag, is an invisible image that is embedded into emails and lets the sender know when an email message has been opened.

Any information collected or retained for fact-checking is called a log file.

Obfuscation is derived from obscure and basically refers to making information difficult to understand.

Browser extension refers to an add-on plugin or a plugin that serves different purposes and can be installed on web browsers to enhance functionality.

Cipher refers to a mathematical algorithm that is used to encrypt data.

VPN or Virtual Private Network is a sophisticated technology that uses encryption to add security and privacy to private and public networks.

IPsec or Internet Protocol Security is a secure network protocol used in virtual private networks that encrypts data packets sent over a network.

GDPR or General Data Protection Regulation is a framework that establishes and governs guidelines for the safe collection and processing of personal information of individuals living in the European Union.

AES or the Advanced Encryption Standard is one of the most commonly used encryption protocols in the world to encrypt sensitive data. It is near impossible to break block cipher and chosen by the U.S. government to encrypt classified information.

DNS leak is primarily discussed in the realm of VPNs when a DNS request is processed through an ISP’s DNS server rather than through a VPN provider. This contributes to exposing a user’s true IP address.

FVEY or the Five Eyes is an infamous global surveillance alliance comprised of the US, UK, Australia, Canada, and New Zealand.

PPTP or Point-to-Point Tunneling Protocol is a fast but obsolete VPN protocol with known security vulnerabilities.

The dark web is a network infrastructure that is comprised of websites that are mostly linked to illegal activities and cannot be accessed through regular search engines.

DMCA or Digital Millennium Copyright Act is a legal notice of copyright infringement sent by copyright holders to ISPs.

A proxy server is basically an intermediary computer on the web that acts as a gateway between you and the internet. Instead of you accessing the web resource yourself, the proxy server does it for you. See the difference in between Proxy and VPN.

Tor or The Onion Router is a free open-source secure browser that offers anonymity by hiding the originating data source through routing. Have a look in between Tor vs VPN.

VPN client is cross-platform compatible software that is used to access and connect to secure VPN servers.

VPN tunnel refers to the encrypted secure connection that is established between a VPN user and the VPN server.

A dedicated IP is an exclusive and unique internet address only assigned and used by a single user.

As the name suggests, the assignment of a single IP address to multiple users is referred to as a shared IP. While it does have some implications, shared IP makes it quite difficult to uniquely distinguish users.

Sideloading refers to installing apps onto a device without using proprietary sources like the App store or the Play stores for example.

IP Leak is also a term that is discussed mostly in the realm of VPNs and refers to an incident in which the apps or websites you’re interacting with can see your true IP address.

Kill Switch is a built-in failsafe mechanism in the VPN app that’s designed to prevent your actual IP address from being exposed to your ISP.

Just like the name suggests, OpenVPN is a highly configurable open-source multiplatform software that’s designed to offer a perfect blend of privacy and performance. In the world of VPNs, OpenVPN is the most secure and widely used VPN protocol.

A simultaneous connection is a term mostly used in the realm of VPNs and basically refers to the number of devices simultaneously using a VPN at a specific time.

Smart DNS is a rather sophisticated technology that enables internet users to spoof their geolocation and access geo-blocked content by connecting to DNS servers located in different parts of the world. This technology works quite similar to VPNs, however, without any encryption.