You are here: Home / Frequently Asked Questions and Answers / Is Reddit Blocked in China?

With its vibrant communities and open dialogue, Reddit has become a go-to destination for people worldwide. However, in stark contrast to this expansive reach lies China – one of the few countries where access to this popular platform remains blocked.

Reddit’s presence in China is like a game of hide-and-seek. One moment it’s accessible. The next, it’s blocked. It makes using Reddit there an unpredictable experience! Sometimes the outage is temporary, lasts for a few hours, and sometimes it’s blocked for days and months.

For Chinese Redditors to stay connected with the rest of the world, a reliable VPN is essential – it’s their only gateway into this global community. But not all VPNs can effectively unblock Reddit in China. Based on our testing, ExpressVPN is the only VPN we recommend.

The Chinese Great Firewall has remained shrouded in mystery, as the public is never made aware of why social media platforms like Reddit have been banned from use within China. Speculation abounds about what could be behind this action, but only those who built the Chinese Great Firewall know for certain – leaving outsiders to guess at its true motivations.

However, according to online experts, the Chinese government’s restriction of western apps is largely attributed to the unrestricted nature of their content – users are free to debate any political topic without consequence. This openness has proven threatening in a nation that values control, leading officials to take drastic measures against these services. 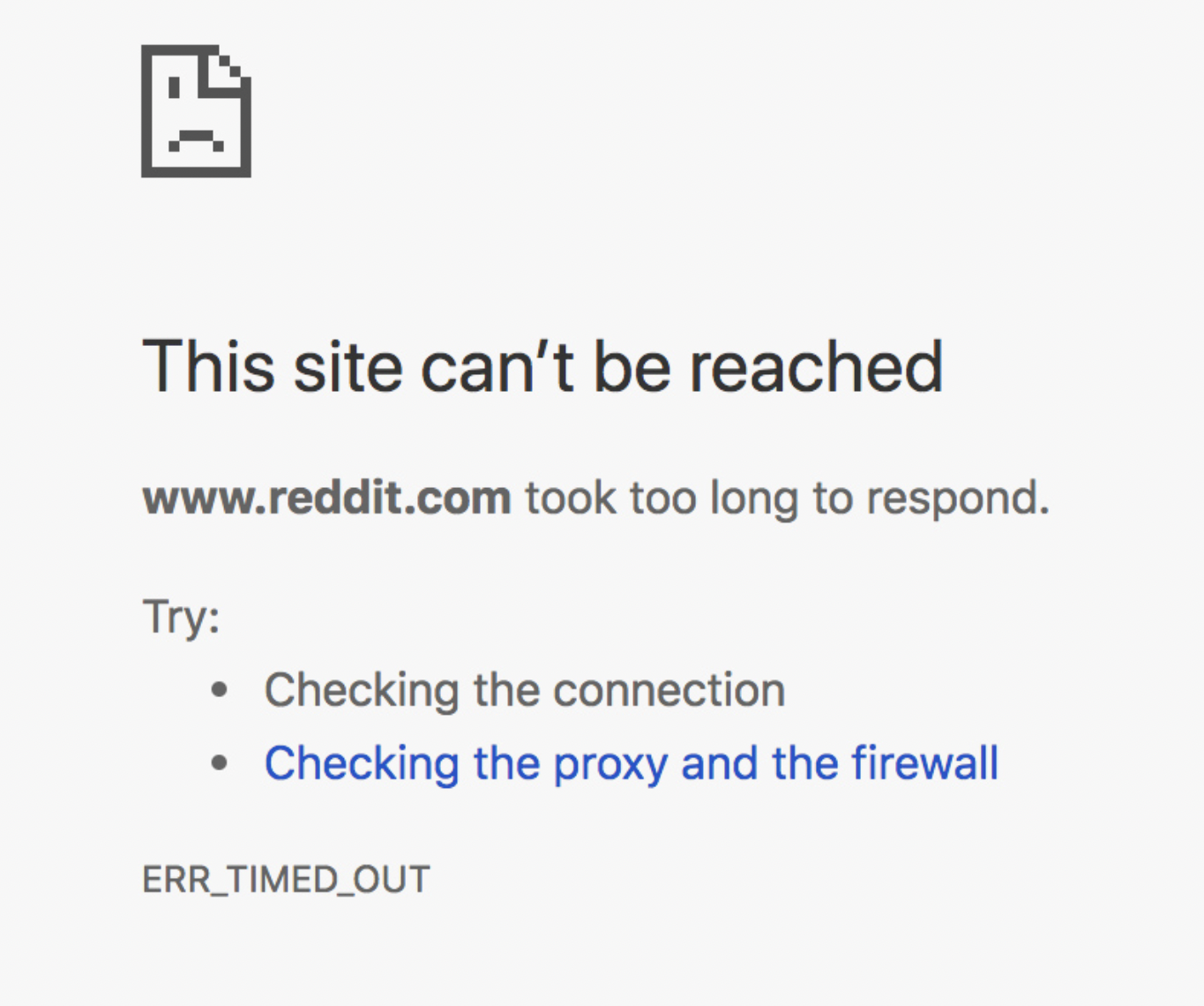 Anything that goes against the Communist Party rule in China gets blocked immediately. But then again, the government has not been transparent about why they have been blocking international platforms and websites.

One thing is for sure China is getting tougher regarding censorship and surveillance. Every day more and more websites are getting blocked in China. Most major social media sites are being added to the list of blocked sites. Right now, alongside Reddit, here are some similar sites that are blocked in the country:

A virtual private network is a software that encrypts all your internet traffic through a private server in a remote location of your choice. In this case, you can easily connect to a server in a country where Reddit is not blocked and use it in China.

With the best VPN for Reddit, you can change your IP address and make it seem like you are accessing the platform from another country. It gives you instant access to Reddit in China without any blockade. With a VPN, you also can unblock streaming services, productivity apps, games, and social media apps in China.

Note that not all VPNs are capable of working in China. The Great Firewall of China blocks VPN apps and websites as well. As the Chinese cracking down on VPNs has increased, only a handful of premium services work in the country.

Some of the best VPNs that work relatively well in China are ExpressVPN, Surfshark, and NordVPN. ExpressVPN is the recommended provider because it offers advanced obfuscation, which makes sure your internet traffic gets through the Deep Packet Inspection (DPI) deployed by Great Firewall undetected. 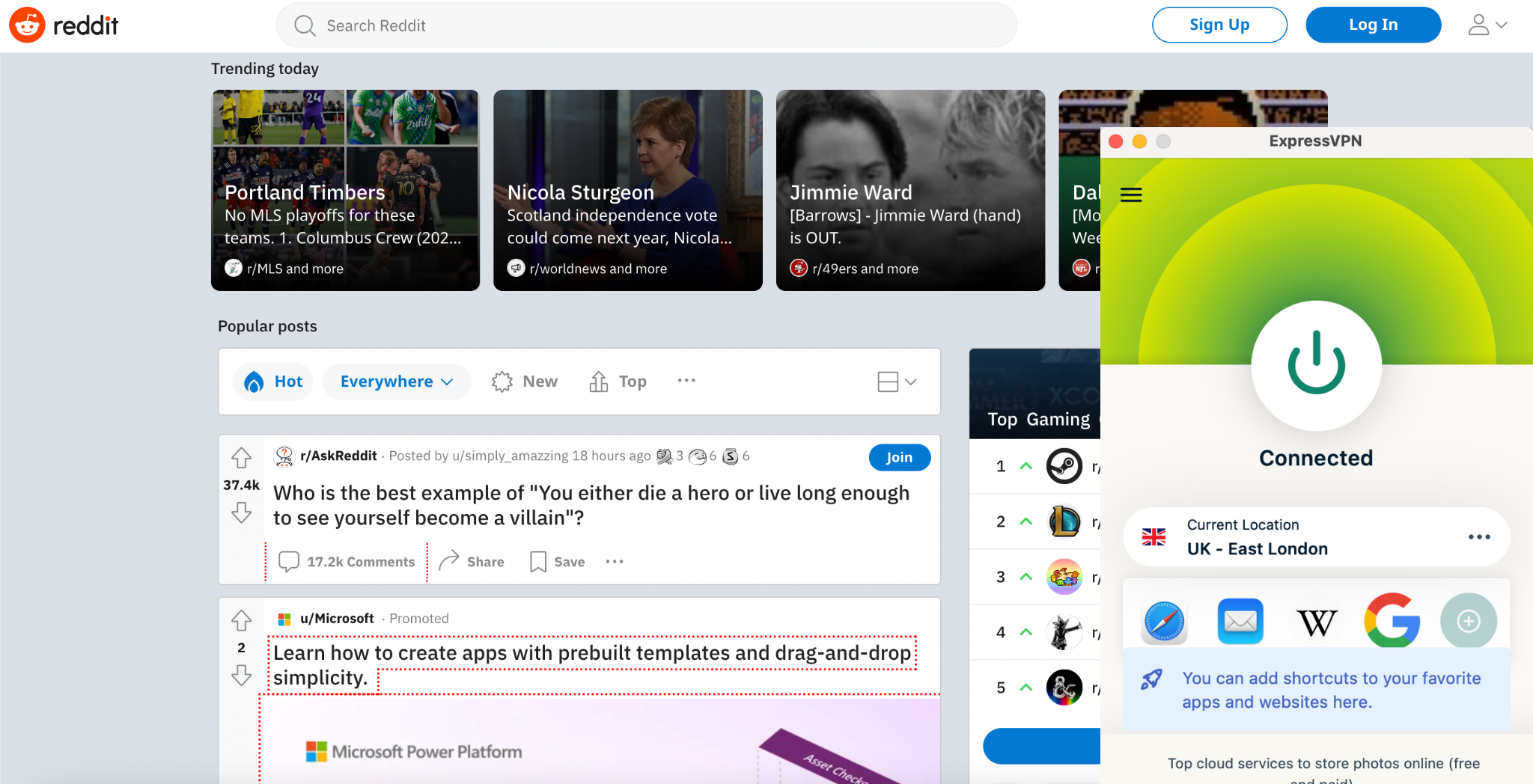 Read our detailed ExpressVPN review for more details on why we recommend using it in China.

Reddit is another social media platform that seems to be blocked in China and will remain that way as the country increases its censorship measures with each passing day. However, you can now access Reddit and similar platforms in China using a VPN.

A VPN is a great tool to help you bypass China’s censorship and firewalls to give you complete access to the internet and apps like Reddit. Our top recommendation is ExpressVPN. It offers 3000+ servers and costs just $6.67/mo. It also offers 5 multi-logins and a full 30-day refund policy.