You are here: Home / Best VPN Service for 2022 by TheVPNExperts / The Best VPN According to Reddit Users for 2022

Studying those Subreddits and testing each VPN ourselves, we have compiled a list of the best VPNs Reddit audience has approved of so that you can take advantage of real people and their real opinions about these prevailing online privacy tools: Virtual Private Networks.

How Do Redditors Evaluate Best VPNs?

Reddit reviews are known far and wide for being untainted by third parties, which is especially great when you want to know the honest opinion (not a marketing narrative) about a product or service.

There are certain criteria that Redditors think a VPN should fulfill to make it to this list in our search for the best VPNs. That includes:

Not every website posts honest reviews, but with Reddit, you can bet anything that the reviews are genuine since cybersecurity is a popular topic for discourse and concern.

We have verified the details of the top VPN services as suggested by Redditors. Here is what we found:

The reviews on Reddit were sifted through, and these VPNs were chosen from the extremely satisfied category. Below you will find why Redditors recommend these VPNs and how you can use them for your own specific requirements:

Surfshark is one of the best VPNs according to Reddit users, mainly due to its affordability and reliability in the VPN market. Added to that, users say that its user-friendly app and technologically advanced features make it a worthy investment.

Surfshark offers unlimited bandwidth accompanied by fast speeds with over 3200 servers in 65 countries.

It won’t be an overstatement that it is a complete VPN package: has all that a VPN user looks for. Firstly, it can unblock geo-restricted streaming services like BBC iPlayer, Netflix, Disney Plus, Amazon Prime, Hulu, and more.

Plus, what makes it ideal for streamers and binge-watchers is its unlimited bandwidth and unlimited simultaneous connections. This also makes Surfshark our recommended VPN for multiple devices. The apps are super compatible with major devices and platforms. It has dedicated applications for computers, mobile devices, smart TVs, and even web proxies for Mozilla Firefox and Google Chrome.

The company has deployed 256-bit AES technology. This means that when you activate your VPN and exchange your traffic on the network (whether it’s home or public), no online entity can view your activity.

Furthermore, if a hacker tries to obtain sensitive data packets, he will have to make around 256 attempts to get through your data, which is nearly impossible.

Surfshark is based in a safe jurisdiction. The legislation of the British Virgin Islands does not require the companies to log or submit the users’ activity, so you can rest assured about your online freedom.

Note that Surfshark has a strict no-logs policy. The sign-up forms available on the website do not ask for a lot of personally identifiable information so you can rest assured that your information does not go anywhere.

Other security features include an internet kill switch, a whitelister, and an ad-blocker. All of these features ensure network and device-level security for users, protect against IP leaks and data breaches.

You can easily jump on Surfshark’s free trial for 30 days or read our detailed review to know more about the provider before paying for their yearly plans that start as low as $2.30/month.

2. ExpressVPN – Trusted by Everyone on the Internet Including Reddit 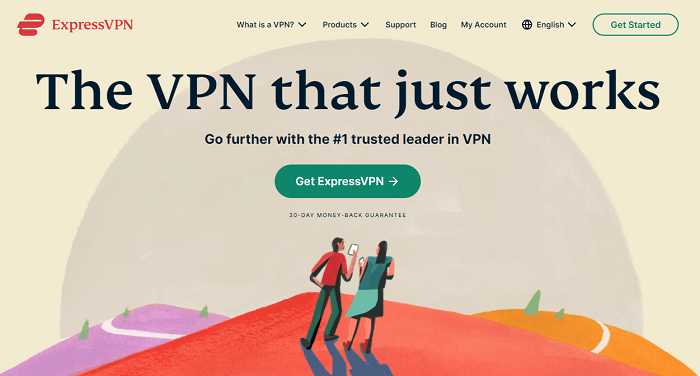 ExpressVPN is one of the widely discussed VPNs by Redditors. Some feel it is the best while others feel quite the opposite. However, its upsides far outweigh the minor downvotes. Note that most of the downvotes given by Redditors were due to it being overpriced.

Its supporting Redditors suggest that ExpressVPN is quite aptly a versatile VPN with over 3000 servers in 94 countries. Its performance speaks for itself along with other features, especially the P2P optimized servers which make this VPN a trusty choice for torrenting.

It provides unlimited bandwidth and lightning-fast speeds for streamers and online gamers who wish to have a seamless entertainment experience.

ExpressVPN has a Kill Switch feature which terminates the internet connection and protects users against IP leaks in case of accidental VPN disconnection.

It shares features like 256-bit AES encryption and split tunneling with Surfshark. However, it has a built-in speed test which comes in handy if you plan to switch servers or start activities that consume higher bandwidth.

ExpressVPN can unblock major streaming sites like Disney Plus, Hulu, Amazon Prime, and Netflix US libraries. Major voters for ExpressVPN love its performance for streaming and unblocking activities. We have found subreddits where users have switched between Surfshark and ExpressVPN and have found minor differences.

ExpressVPN hails from the privacy-friendly British Virgin Islands that has a strict no-log policy. It is compatible with a variety of devices and apps such as Windows, Mac, iOS, Firestick, and Android. You can connect to the VPN simultaneously on up to 5 devices with a single subscription.

ExpressVPN, a bit expensive as compared to Nord and Surfshark comes for a price of $8.32/month. Note that the price is subject to different pricing plans. Also, you can enjoy ExpressVPN 7-day free trial and a 30-day money-back guarantee that can be availed if you’re not happy with its performance. 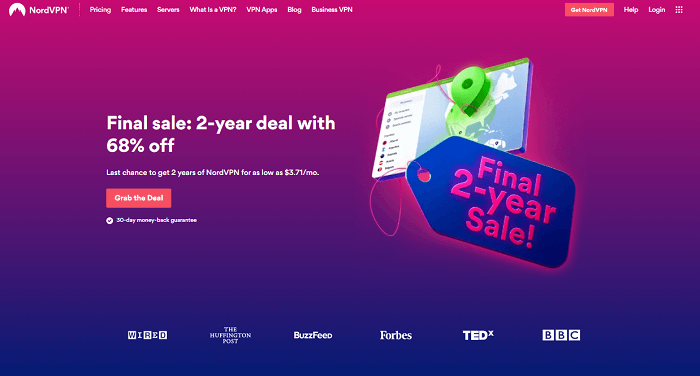 Redditors highly recommend NordVPN for an all-around VPN for desktop and mobile. It is listed as a top-notch VPN due to its coverage of 59+ major countries with 5200+ servers, each offering amazing speeds.

Since it is being operated from Panama, the safe jurisdiction offers the utmost anonymity for its users, which makes it a safe VPN, not to mention its strict no-logs policy. The jurisdiction part comes into play because then the government agencies do not require tech or other data-driven companies to record or share their users’ information.

So, your data (VPN timestamps, websites you have visited, servers you have used, etc.) are neither logged by the company nor shared with any third parties.

Some of its features that make it worthwhile include the P2P compatibility, Kill switch, Ad-blocker, and Double VPN. For network-level security, Nord has deployed 256-bit AES technology, which is the highest standard currently used in the money market institutions for the protection of data and communication from hackers and other online entities.

NordVPN has a unique feature called Double VPN, which when enabled, routes internet traffic through two servers for double protection. This feature is ideal for business users who log in to their payment portals and company websites or exchange sensitive data files on public Wi-Fi.

NordVPN permits the connection of up to 6 devices simultaneously on a single subscription and has dedicated apps for some major platforms such as iOS, Windows, Mac, FireTV, Play Station, Xbox, and more.

The company allows users to buy a dedicated IP for an annual bill of $70. However, there are no refunds available for this dedicated IP in case the user is not satisfied.

If you wish to test NordVPN, you can access its premium services with a 30-day money-back guarantee on all of its subscriptions. It also presents a 7-day free trial for Android and iOS mobile users.

These desirable features are what make NordVPN one of the best VPNs Redditors have suggested so far. NordVPN subscription is $3.29/month currently subject to different pricing plans.

Most Redditors do not feel that it is logical to use a free VPN since not paying for a product makes you the product. Running a VPN service comes with a hefty cost which makes free VPNs a risky choice since their source of revenue is not transparent.

Their finances undeniably come by selling their users’ personal information to third parties, by displaying ads, or using your data for advertising and marketing. Redditors may have a difference of opinion between different popular premium VPN services, but when it comes to free VPNs, there seems to be a unanimous vote against it.

For reference, a free VPN is an epic failure of the privacy philosophy, and an antithesis to the overall network security concept. When a tool that’s exclusively designed to provide privacy starts transporting the data to third parties for revenue generation, should it still be called a privacy tool, let alone a VPN? Absolutely, no.

Redditors have voted for the best VPN in 2022 based on the usage, and there seem to be equal votes for SurfShark and NordVPN. ExpressVPN is also a popular choice but has been outrun by SurfShark for the price.

Which is the best free VPN?

Redditors warn everyone off whoever asks for a free VPN. They feel it is better not to use a VPN rather than risk your privacy with a shady VPN that has no clear policy about its users’ information.

They suggest that you try out a VPN within its free trial period or its money-back guarantee period since they offer all premium features, and you can cancel your subscription if it doesn’t perform according to your expectations.

In addition to the three VPNs mentioned above, there are other VPNs that can be used to unblock Reddit at school or work, namely: CyberGhost, IPVanish, and Private Internet Access.

These VPNs have been chosen on the same standards, such as reliable speeds and encryption standards, an extensive server list with access to geo-restricted content, and compatibility with Android, Windows, Mac, and iOS.

Though most users cast their votes in favor of Surfshark and it is the best VPN according to Reddit users, every VPN works differently for everyone depending upon the internet activity of the user.

Reddit is one of the rare online communities where reviews are honest and raw. You can trust them but also give it a go on your own and decide which one is best suited to your needs.

While we do firmly suggest Surfshark (or ExpressVPN if the price is not a deciding factor), know that all three of them including NordVPN have been tested and offer absolute speeds.

They have the same security protocols in place, slightly different server coverage, and affordable prices. The alluring icing on the cake is that all of them come with free trials or a dependable refund policy so that you’re never at risk of losing your investment.